How to Set a Compressor for Vocals

Compression works wonders on vocals. It allows you to bring them to the front of the mix while not having to worry about their ‘power note’ making everyone in the room cover their ears.

No longer do you have to ride the fader up and down so that the peaks and valleys of the vocal fit in the mix. The compressor will do this for you, automatically.

Vocals have a wide dynamic range – they can sing really soft or really belt it out. A compressor takes this wide range of volume and makes it as narrow as you want it to be.

But, keep in mind, dynamic range on a vocal is good, so you do not want to cut it too much, you simply want to make it manageable.

When compression is set correctly, you reap all the benefits without any of the drawbacks.

So, let’s go through the settings on a compressor one at a time and how to properly apply them to vocals.

The threshold sets the height of the loudness ceiling. In other words, it decides how loud the signal has to be to activate the compressor.

For example, let’s say that the threshold is set to -10dB. If the signal from the vocal hits -6dB, the compressor will ‘activate’ and push the signal down according to the ratio. This is much like using the fader on the soundboard to bring the volume down on a singer’s big note but then bringing it back up when they begin to sing at a normal volume again.

The gain reduction meter shows you how much the compressor is compressing the signal. On vocals, I have found that they begin to sound lifeless and over-compressed when compressing more than 6dB.

When talking about a ratio of 3:1, you may be wondering what the figure actually means. Basically, for every 3dB the signal exceeds the threshold, the compressor will allow a tolerance of 1dB to pass through.

For example, let’s say that the threshold is set to -6dB and the ratio is 3:1. If the signal from the vocal hits -3dB, the compressor will allow up to -5dB to pass through because of the 1dB tolerance. If the signal from the vocal hits +3dB, it is now 9dB over our threshold of -6dB. Since our 3:1 ratio allows a 1dB tolerance for every 3dB over the threshold, there is now a 3dB tolerance. So, up to -3dB will be allowed to pass through the compressor.

I could have just started by giving you a ratio setting that works well for vocals, but it is important that you understand what is actually going on. So, if the previous two paragraphs just went over your head, head back up there and read them again until it ‘clicks’.

Now, I have found that a good ratio for vocals is 3:1. If you go lower than that, you may not get the compression needed. If you go higher, the vocal will most likely end up sounding smashed.

For vocals, you generally want this number to be low (between 5ms and 20ms). If the number is too high, the beginning syllables may come out too strong and sound a bit odd.

The release setting on a compressor decides how much time it takes for the compressor to stop compressing. In other words, it is the amount of time the compressor stays active after being triggered.

Keep in mind, you will only want to use the auto setting on vocals. If compressing a snare or some other instrument, you will want to set these manually to get the desired effect.

The output setting on a compressor does what you’d think: adjusts the volume of the output. So, if the gain reduction meter shows that you are compressing the signal by 6dB on average, you will want to set the output to +6dB to make up the difference.

This brings the signal back to where you started but with a smaller dynamic range. In other words, now the quieter moments are louder and the louder moments are quieter.

If you are using a digital sound board, compression is most likely built in for each channel. So, use what you have learned in this article to dial it in just right.

You might also enjoy: How to Use Your Digital Mixer’s Compressor

If you are using an analog sound board, you will need to buy a compressor for each channel you want to compress. I recommend the Behringer MDX2600 Composer Pro-XL.

If you know anything about Behringer, their products are hit and miss. Some are good and some aren’t. This one is a good one. I have purchased four of these and we use them every Sunday on every vocal channel. 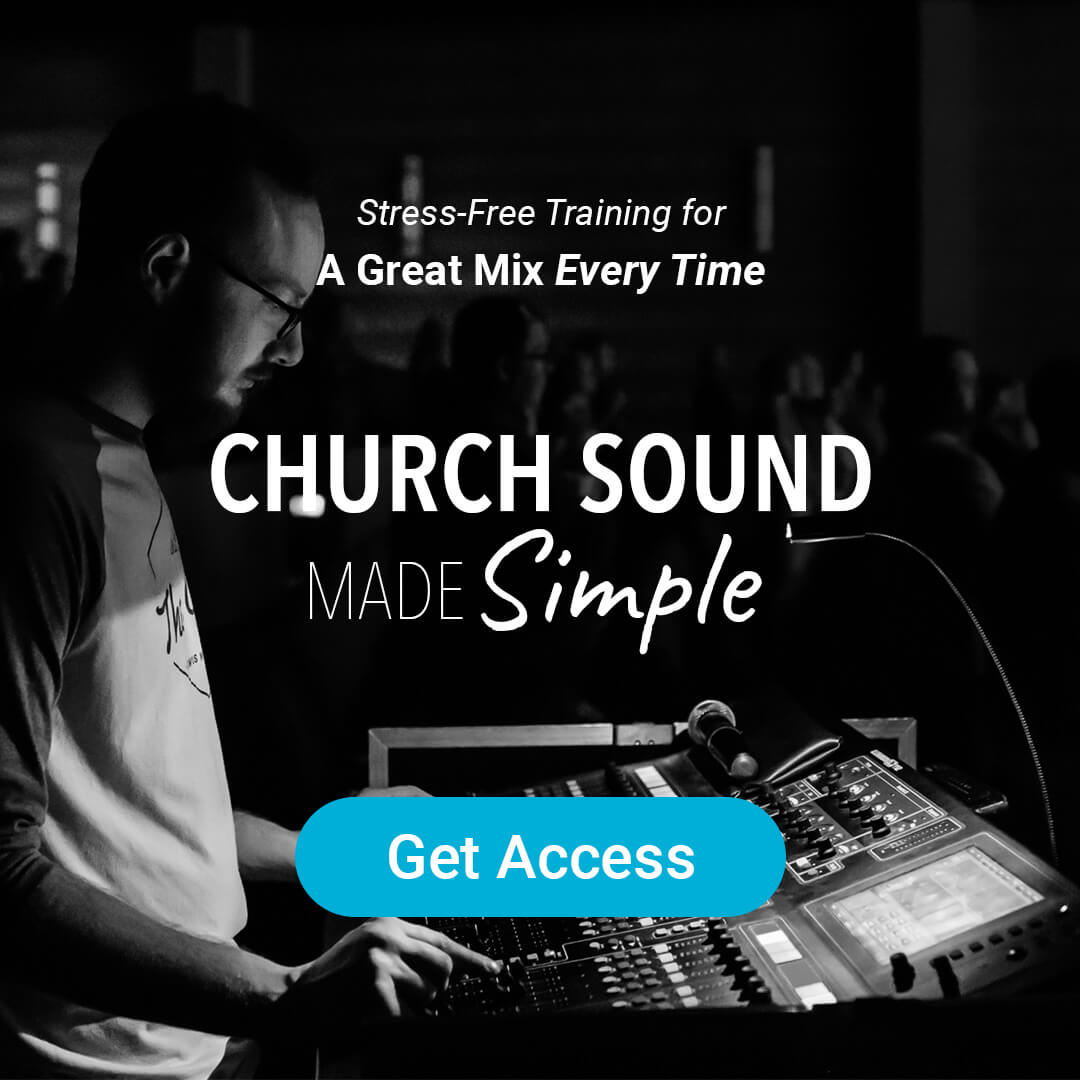